( 2 bottles with a Tulip Glass) 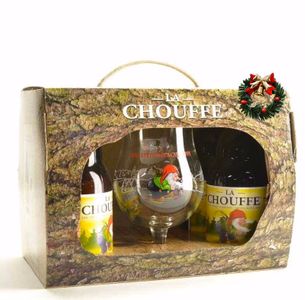 Under the law of Hong Kong, intoxicating liquor must not be sold or supplied to aminor in the course of business.

Set at the heart of the verdant Belgian Ardennes, our brewery specialises in brewing quality special beers.

Our story begins in the late 1970s when two brothers-in-law, Pierre Gobron and Chris Bauweraerts, decided to create their own beer, in their own brewery.

Using the little money they had at the time (less than € 5,000), they embarked upon what fans of the brewery call a ";Chouffe story";. The first LA CHOUFFEmash tub (49 litres) was produced on 27 August 1982.

At first seen as a hobby, the Achouffe Brewery developed to such an extent that one after the other, Pierre and Chris decided to embrace the adventure full time.

The Achouffe dwarves soon wanted to explore other lands, and their Dutch cousins were the first to offer them a warm welcome. Today, Achouffe beers are supplied to over 40 countries across the world.

They have also won highly coveted international awards, year after year, in recognition of their unique flavour.

In the late summer of 2006, the brewery's founders opted to entrust the fate of their beloved dwarves to the Duvel-Moortgat Brewery. The group is willing to invest in Achouffe and to develop the brewery's potential.

Since then, a great deal of work has been carried out to smarten up the brewery and the surrounding area and our beers have found new destinations across the globe.

A matter of pride for all the dwarves and the entire Achouffe team!

With this curvy shape, you get to have a big foamy head while volatiles are captured and enhanced. “I love tulip glasses,” Bartle says. “They make aromas so much brighter.” If the head is key for a particular beer, this is a good glass to go with. Tulips are preferred for strong brews or high-gravity beers like tripels and quads. 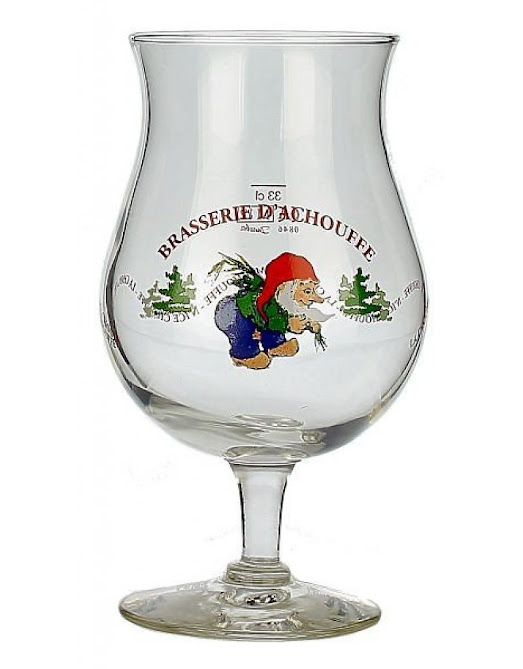